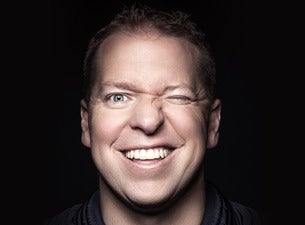 Owen was always the class clown growing up in Cincinnati, Ohio. After high school, he got serious and enlisted in the Navy.

Owen became a military police officer at the Naval Installations on Coronado Island in San Diego. During this time, Owen worked up the nerve to go at a nightclub. After only a year of doing stand-up, he was named "Funniest Serviceman in America."

Then in July of 1997 he auditioned for BET's COMICVIEW. Two appearances on the multi-cultural comedy showcase won him his own one-hour "Grandstand" show. At the end of the season he was selected from the year’s four "Grandstanders" to be the host. Not only is Owen the only white man to have ever hosted COMICVIEW, but he is the only white on-air personality the network has ever had.

Owen is active on twitter at twitter.com/garyowencomedy. Owen has produced two stand-up DVDs: BREAKIN’ OUT THE PARK and URBAN LEGEND. His 2 DVDs and CD can be purchased on his website www.garyowen.com.