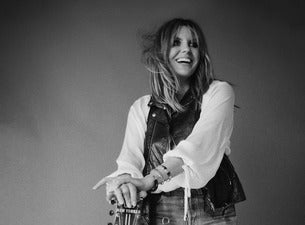 Born in Waitsfield, VT, Grace Potter grew up in a family that encouraged her artistic pursuits in areas from music to theater, the latter of which she was studying at St. Lawrence University when drummer Matt Burr heard her singing at an open-mike night in 2002 and asked if she would form a band with him. She declined, but when her high-school friend and bass player Courtright Beard enrolled in their college, she reconsidered the invitation, and the three of them began to write and perform jazz-influenced songs, Potter also taking duties on the Hammond B-3. Soon, guitarist Scott Tournet joined, and the bandmembers, calling themselves Grace Potter & the Nocturnals -- thanks to their late-night practice habits -- began to think seriously about making music their careers. When Burr graduated in 2003, they decided to move back to Vermont to some land that Potter's parents owned and dedicate themselves more fully to their craft, replacing Beard (who chose to stay at school) with Bryan Dondero in the process. In 2004 they self-released their debut, Original Soul, receiving positive response and comparisons to artists like Norah Jones and early Bonnie Raitt. This in turn garnered major-label offers, but the band preferred to build its fan base by constant touring and festival appearances. Word of their electric performance spread, and shortly after their second album, Nothing But the Water -- also self-released -- came out in 2005, Grace Potter & the Nocturnals signed to Hollywood Records, with their third full-length, This Is Somewhere, hitting shelves nationwide in August 2007. In 2010, Grace Potter & the Nocturnals was released; Hollywood pulled out all the stops in order to break the band internationally. ~ Marisa Brown, Rovi