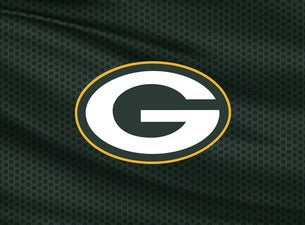 Green Bay's Lambeau Field, named after Packers co-founder Curly Lambeau, is home to a unique blend of character, tradition and excitement. With the ability to host almost 80 percent of the city's population (its capacity is currently 81,441, while the town of Green Bay is around 105,000), fan engagement is always incredible. Those who purchase tickets experience touchdowns celebrated by the famous "Lambeau Leap," a tradition where players run out of the end zone and hop into the stands to rejoice with fans. Sometimes nicknamed "The Frozen Tundra," Lambeau Field has been home to some unforgettable, snowy showdowns during its tenure as the longest continuously used NFL venue.

Soak in the history of the franchise at the Packers Hall of Fame. Witness one of quarterback Aaron Rodgers' impressive feats of football heroism. Enjoy unique and delicious food, ranging from classic burgers to Elk Stroganoff. Wisconsin pride and Lambeau Field promise to be a memorable experience for all who visit.

The Packers finished 13-3 in 2019 to win the AFC North and made it to the NFC Championship game. It was an impressive first season from head coach Matt LaFleur, who returns in 2020 with a reinvigorated defense and plenty of weapons on offense in Rodgers, running back Aaron Jones, and receiver Davante Adams. Green Bay is poised to make another run at the NFL playoffs in 2020.

The Green Bay Packers were founded in 1919 by Indian Packing Company employee Earl "Curly" Lambeau and newspaperman George Whitney Calhoun. Lambeau's company provided initial sponsorship for the team. The Packers were an immediate success and were admitted to the American Professional Football Association in 1921, a predecessor to the NFL. Under famed coach Vince Lombardi, the Packers dominated during the NFL's early years in the 1960s, winning the first two Super Bowls with Hall of Fame players including Bart Starr, Jim Taylor, Ray Nitschke and Herb Adderley. The franchise saw renewed success throughout the 1990s and 2000s, including a Super Bowl victory in the 1996 season under gun-slinging quarterback Brett Favre. Current quarterback Aaron Rodgers has helped continue the Packers' reign of success, making the playoffs from 2009-2016 and a Super Bowl win in the 2010 season. The team is the only publicly owned major sports franchise in the United States.