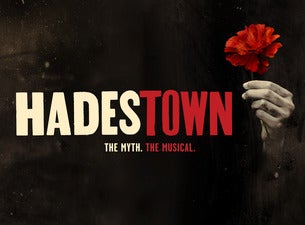 Hadestown at the Walter Kerr Theatre

While based on the oft-told Greek myth of Eurydice and Orpheus' descent into hell, Anaďs Mitchell's folk opera ‘Hadestown' just might deliver audiences to musical-theater heaven. A dozen years in the making, ‘Hadestown' was first performed as a stage production in Mitchell's home state of Vermont. In 2010, to enthusiastic acclaim, she released it as a concept album featuring indie-folk stars Ani DiFranco, Greg Brown, Justin Vernon of Bon Iver, the Low Anthem's Ben Knox Miller, and the Haden triplets (Petra, Rachel, and Tanya). Mitchell expanded the album into an Americana musical quilt with the help of Tony Award–winning director Rachel Chavkin (‘Natasha, Pierre & the Great Comet of 1812'). It premiered off-Broadway at New York Theatre Workshop on May 6, 2016, and ran through July 31. March 2019 marks its Broadway debut, with opening night planned for April 17.

In ‘Hadestown,' Mitchell inventively updates the myth of Eurydice and Orpheus to a post-apocalyptic setting reminiscent of the Great Depression. The narrator, Hermes (Tony-nominated André De Shields), calls it "an old tale from way back when." While economic misery and environmental calamities afflict the land, the underworld has become a model of full employment thanks to Hades, who wants to construct a wall to protect the jobs of his mining minions.

While Eurydice (Tony-nominated Eva Noblezada) seeks economic security in the overworld, her beloved Orpheus — played by denim-clad singer-songwriter Reeve Carney, originator of the title role in Broadway's ‘Spider-Man: Turn Off the Dark' — possesses a more poetic soul. Amber Gray plays Persephone, queen of the underworld, who cherishes the summers she is allowed to spend "on top." When Hades (Patrick Page, the Green Goblin in ‘Spider-Man: Turn Off the Dark') convinces Eurydice to join him in Hadestown, Persephone convinces her husband to give the couple one last chance to leave the underworld together.

A blend of classic storytelling and contemporary concerns, ‘Hadestown' reverberates with relevance. It's also a heartfelt celebration of American music in all its emotional richness and down-to-earth pleasures. And don't worry: In ‘Hadestown,' the devil has only some, not all, of the best tunes.