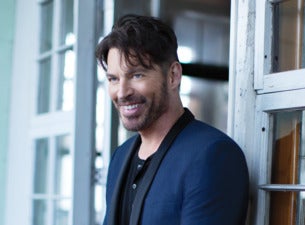 Pop star and jazz god Harry Connick Jr. has love on his mind and Cole Porter under his skin. Whether leading his big band or nestled into a more intimate ensemble, America's bestselling jazz artist is a consummate entertainer. Since exploding into stardom with his lush soundtrack to When Harry Met Sally..., the singer-pianist has been drawing upon his New Orleans roots (and matinee-idol looks) to generate uninhibited evenings that focus on jazz but touch on gospel, funk and even tap dancing. He also has a smoother, more romantic side, as seen in his late-2019 Broadway run, Harry Connick Jr.: A Celebration of Cole Porter (described by the New York Times as "a combination of cocktail hour chitchat, swoon-worthy music, over the top theatrical displays, and delicious camp") and his subsequent tour. Whatever mode he's in, every Connick performance reflects a career that has earned him three Grammy awards, seven Top 20 U.S. albums and ten No. 1 U.S. jazz albums — not to mention his equally impressive career as an actor in film and television and on Broadway.

New Orleans born-and-bred Harry Connick Jr. has sold more than 28 million albums worldwide since releasing Dixieland Plus at age 10 in 1977. A decade later he released his first vocal album, 20, the first of many platinum-selling releases. In 1989, his soundtrack for When Harry Met Sally... earned him his first Grammy award, for Best Male Jazz Vocal Performance. Connick has released some three dozen albums to date, including his hugely popular 1993 holiday release, When My Heart Finds Christmas.

Connick has also acted in dozens of movies, including Independence Day and Bug, hosted a syndicated TV talk show from 2016 to 2018, and appeared in Broadway productions of The Pajama Game and On a Clear Day You Can See Forever. His Broadway career has included several special concert runs. In Harry Connick Jr.: A Celebration of Cole Porter, he attempts to get inside the head of the Great American Songbook icon with his own arrangements and orchestrations of classics such as "Night and Day," "In the Still of the Night" and "You Do Something to Me." Yes, he gets a kick out of Porter, and you'll get a kick out of Connick, too.