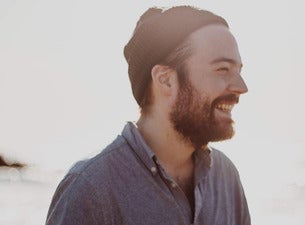 HAVE MERCY IN CONCERT:

Indie rockers Have Mercy have amassed a devoted following since they first brought their passionate, emo-influenced sound to audiences in 2011. In concert this hard-hitting quartet delivers a mix of distorted riffs, infectious refrains, and emotional lyrics with an intensity that grabs fans' attention and never lets go. Vocalist Brian Swindle can switch from subdued to savage in the blink of an eye, and fans feel the raw emotion he pours into heartbreaking standouts like "The Place You Love", "Let's Talk About Your Hair", and "Two Years". With fierce hooks and driving choruses to spare, Have Mercy give ticket buyers a rush with each powerhouse performance.

Though Baltimore, MD-native Brian Swindle (vocals/guitar) was playing in bands as early as 2001, he really began his ascent to underground acclaim when he founded Have Mercy a decade later. Nick Woolford (bass/vocals), Todd Wallace (drums/vocals), and Andrew Johnson (guitar/vocals) rounded out the group and in 2013 Have Mercy dropped their debut album The Earth Pushed Back. After a couple of DIY tours, they further solidified their status as a band to watch with opening dates for likeminded groups Ivy League and Real Friends. Indie label Hopeless Records commissioned Have Mercy's 2014 sophomore album A Place of Our Own, which earned critical praise for the incorporation of string quartets and pianos into the group's signature sound. The improved production value also impressed Vans Warped Tour organizers, who added the band to their 2015 roster. While fans eagerly await fresh material from the group, they can get their fix at Have Mercy's powerful live shows.