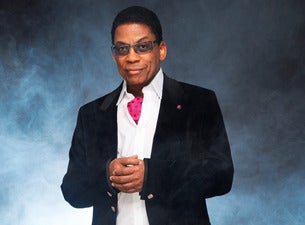 Few jazz artists have achieved the degree of crossover success enjoyed by legendary post-bop luminary Herbie Hancock. Beginning with 1973's seminal Headhunters, Hancock unleashed some of the most innovative and accessible jazz funk of his generation, and he continues to innovate both in the studio and on stage. As one of jazz's most beloved living legends, the opportunity to see Hancock is the stuff of fan dreams, making his 2014 appearance at the Hollywood Bowl one of the most coveted concert events of the summer.

Born in Chicago, Hancock was recognized as a child prodigy from an early age, receiving a classical music education and performing with the Chicago Symphony Orchestra as early as age 11. Despite not having a jazz teacher, Hancock developed a unique harmonic sense by ear, earning a reputation with his exceptional piano playing that ultimately caught the attention of Miles Davis. After joining Davis's Second Great Quintet in 1963, Hancock enjoyed a period of tremendous success and growth as he forged a unique and influential style. His association with the Blue Note label resulted in some of the most popular jazz records of the '60s, but it wasn't until the 1973 release of Headhunters that he would achieve international superstardom. The album marked a watershed moment in the development of jazz funk, skyrocketing to the top of the Jazz Albums chart with now-classic crossover hits like "Chameleon" and "Watermelon Man." Always one to experiment, Hancock pioneered the use of electronic instruments in jazz, and the results, such as the synth-heavy hit single “Rock It,” found head-bobbing fans across the globe. With more than 40 studio albums and a half-century of touring under his belt, Hancock's continued presence on the road in 2014 is sure to be the stuff of legacy and legend.

"Herbie Hancock wove all of the jazz classics he made famous in to new arrangements that gave his ensemble a platform to demonstrate their superb individual talents. The group played over two hours and then played an encore."

"Great Show... A nice mix of Herbie Hancock's jazz classics, some newer songs, and an improv piece. Very innovative encore especially if you want to see someone doing a jazz solo with Conch Shells!"

"Virtuoso musicians treated us to unexpected and unimaginably difficult rhythmic interplay. Each player was completely in control of his instrument and contributed equally to the magic of the event. At 71, Herbie brought the fire and burned up the stage."