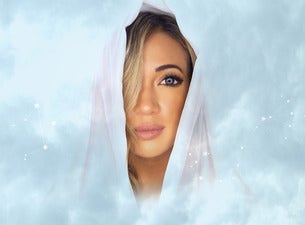 San Diego-based septet HIRIE's loose, earthy spin on reggae and R&B is rooted in frontwoman Hirie's wandering spirit. The singer-songwriter was born in the Philippines before moving to Italy then Hawaii, where she grew up immersed in the carefree, sun-drenched rhythms of reggae. This would be the inspiration for her and her band's name: "irie" is a Jamaican word of peace and harmony; the additional "h" stands for her island home of Hawaii. When Hirie moved to California, she teamed up with a diverse group of musicians to fully realize her vision and sound through ukuleles, guitars, horns, woodwinds, drums, and even a didgeridoo.

HIRIE's self-titled debut was released in 2013 and made it all the way to No. 9 on the Billboard Reggae chart with its smooth dub grooves, ukulele-led laments, and Hirie's soulful vocals leading the way. This led to a nomination for San Diego's Best World Music award. They spent the next three years touring relentlessly around the U.S.

The band's 2016 sophomore album, ‘Wandering Soul,' proved even more ambitious with help from coproducer Danny Kelb (who has worked with artists like Ben Harper, Beck, and Jack Johnson) and collaborators including Nahko Bear of world music collective Nahko and Medicine for the People, Australian reggae artist Nattali Rize, and singer-songwriter Trevor Hall. The album works through intoxicating spiritual highs, soft feminist affirmations, fearless gypsy poetics, and potent pleas to live—and party—in the present with songs like "Woman Comes First" and "Good Vibration." The album made it to the top of the Billboard Reggae Album chart, and No. 10 on the Heatseekers Albums chart.

These good vibes continue to flow through HIRIE's every move, especially when the band hits the stage. They made their way around the country once again for the Woman Comes First Tour in 2017 and 2018. Their performances remain colorful, electric, and powerfully uplifting, as they aim to keep spreading the one-love, feel-good spirit of reggae.