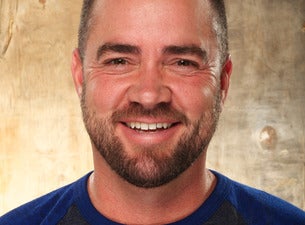 No matter who you are, who you love or where you come from, Ian Harvie will make you feel as though you are family. Everyone will be able to relate to his observations about life, relationships, and the routine challenges we all face from day-to-day. His wickedly funny stories are couched in an amiable personality that could put any audience at ease, while his folksy, ingenuous delivery almost – but not quite – tempers his zinger punch lines, making them not just hilarious but seriously twisted. Even if he wasn’t so witty, without even trying, Ian could set an audience on it’s ear, opening up new realms of irony. He could be your brother, your best friend’s boyfriend or a merely a clean-cut preppie trying his hand at stand-up, but he’s not. In fact, there’s a good reason Frontiers Magazine referred to Ian as “Quite possibly the most unique stand up comic in the country”…Ian’s not “just” a queer comedian – he’s the world’s first FTM transgendered comic… which, when put into context, will make his anecdotes about his own phobia of public restrooms all the more side-splitting!