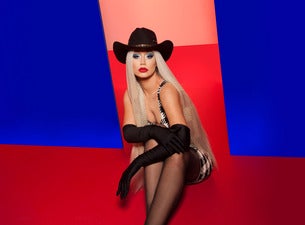 Iggy Azalea came to America to "Work," and it's paid off — in just a few short years, the young Australian rapper has gone from teenage runaway to international sensation with her street smart brand of neofeminist rap. Ditching her Aussie accent in favor of a Southern drawl, Azalea pays homage to the Dirty South at her live shows, hyping up crowds with twerk-heavy performance of songs like "Bounce" and rolling out special Southern guests like Atlanta son T.I. Her 2014 full-length debut stands as one of the year's most anticipated releases, and the New Classic Tour — her first ever in North America — is sure to contain all the energy and attitude that have made her one of rap's fastest rising young stars.

Born in Sydney and raised in a small Australian town, Azalea dreamed of moving to America from an early age in order to be closer to hip hop culture. Leaving her family at age 15 and moving to Miami, she bounced around the South for several years before relocating to Los Angeles and releasing her first official video for the song "Pu$$y." The video became a YouTube hit, paving the way for the success of her debut mixtape Ignorant Art and leading to a relationship with T.I., who released her 2012 Glory EP on his Grand Hustle label. Making her studio full-length debut in 2014 with The New Classic, Azalea will treat fans to a string of highly anticipated appearances on her first North American tour.

"Iggy put on a hell of a show filled with tons of guest appearances!"

"Her stage presence, talent, and the way she hyped up the crowd was unforgettable. Without even an album out, she has become a superstar."