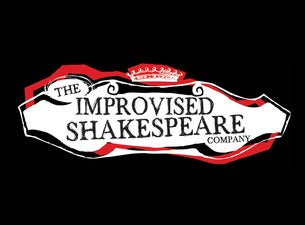 If you prefer your comedy dressed in tall socks and tunics, then the Improvised Shakespeare Company is definitely for you. These seasoned comedians have brushed up on their Elizabethan elocution to present polished puns and quickly concoct rhyming couplets to make audiences crack up. The only thing ticket buyers have to do is provide a suggestion for a play that has yet to be written and then sit back as these lords of improv fabricate side-splitting soliloquies. Now the Improvised Shakespeare Company is taking their award-winning show out of their native Chicago to delight the groundlings in select cities across North American, with familiar faces and poetic flare sure to crop up at every turn.

The Improvised Shakespeare Company was founded in 2005 as an outlet for members of Chicago’s Improv Olympic -- one of the most respected improvisational comedy theaters in a city regarded as the birthplace of the art form. Even in this prestigious setting, the ISC stood out, winning recognition as the city’s best improv group according to both the Chicago Reader and the Chicago Examiner. The group has taken their elite Elizabethan English skills to festivals like Bumbershoot, Bonnaroo, and Just for Laughs, and is one of the few improv shows to develop a touring company. Founding member Thomas Middleditch also gained notoriety in 2014 with his starring role on the HBO sitcom Silicon Valley, increasing the ISC’s already high profile. The troupe continues to draw out crowds of Shakespearean proportions every time they take their hilarious show on tour.