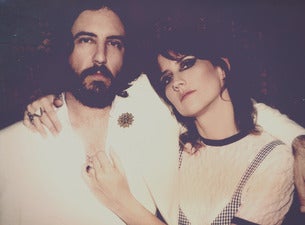 Boletos para In the Valley Below

Acerca de In the Valley Below

IN THE VALLEY BELOW IN CONCERT:

LA-based duo In the Valley Below makes stylish electropop that incorporates elements of folk, indie, art rock, and even country while remaining fiercely unique in its haunting, evocative sound. The pair’s 2013 debut single “Peaches” was an underground hit on both sides of the Atlantic, making them a festival staple before they had even recorded an album. In the Valley Below oozes creative chemistry on stage -- Angela Gail’s sultry purr and Jeffrey Jacob’s world-wise croon perfectly complement each other on soaring tracks like “Neverminders” and “Stand Up”. The duo’s captivating dynamic is the centerpiece of their 2014 debut album Bent, a critically acclaimed release that has ticket buyers dying to catch them in concert.

Jeffrey Jacobs and Angela Gail met at SXSW in the early ‘00s while both performing as backing players for an LA-based experimental rock band (what was the name of the band they played for?). They quickly realized that they shared an intense creative chemistry and began penning songs together. Jacobs and Gail originally only intended In the Valley Below as a studio project, but the demand generated by their catchy debut single “Peaches” led to extensive touring including performances at Reading and Leeds in England and Rock en Seine in Paris. They further bolstered their popularity stateside with an appearance on The Late Show with David Letterman and tours with The Airborne Toxic Event and Cold War Kids. The duo released their highly anticipated debut album Bent in 2014, garnering critical praise before hitting the road for another round of buzzworthy performances that firmly cemented their status as “ones to watch”.