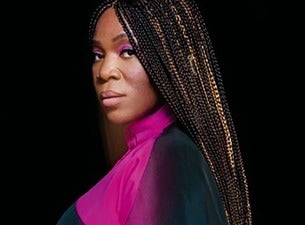 R&b and neo-soul artist India.Arie musician, producer, singer and songwriter whose post-hip-hop urban blues and Motown sound has released five albums and sold over 10 million records worldwide. Born India Arie Simpson in October 1975, she garnering a lot of attention from her concert at the 1998 Lilith Fair tour and eventually signed to Motown Records. Her debut studio album Acoustic Soul was released in March 2001 and debuted at No. 10 on the U.S. Billboard 200 and No. 3 on the Top R&B/Hip-Hop Albums chart, selling over three million copies worldwide, and earning seven Grammy Award nominations. She toured in support of Sade, playing shows for ticket holders across North America in 2011. Her platinum sophomore album Voyage to India came out in September 2002 and debuted at No. 6 on the Billboard 200, winning Grammys for Best R&B Album and Best Urban/Alternative Performance for the song Little Things. In 2006, she released her third studio album Testimony: Vol. 1, Life & Relationship, giving Arie her first No. 1 spot on the Billboard chart. Its follow-up, 2009’s Testimony: Vol. 2, Love & Politics, came out in February 2009, and won her the Best Urban/Alternative Performance Grammy Award for the track Pearls. She also won the Grammy Award for Best Pop Collaboration with Vocals in 2011 for a cover of John Lennon’s Imagine with Jeff Beck, Herbie Hancock, Konono Nº1, Pink, Oumou Sangaré and Seal. Her fifth studio album Songversation was released in June 2013 and debuted at No. 7 with singles 6th Avenue and Cocoa Butter.