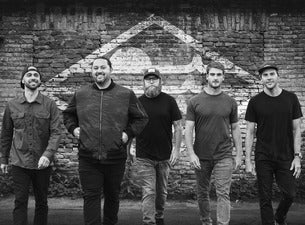 The islands of Hawaii are not only the biggest influence on IRATION's sound they are home to all
of its members. IRATION was born from a love of all types of music and a desire to create
something new. Elements of reggae, rock, and pop are mixed with keyboard/synth and melodic
vocal lines to create something truly unique. IRATION is best heard in a live setting where you
can truly experience the full spectrum of their range. They have proven to truly have an
understanding of modern and traditional performance techniques that keep young and old fans'
hands in the air and heads bobbing.

In 2007, they recorded and released their first full length album, No Time for Rest, which
featured one of the last recorded performances by reggae legend Mikey Dread, who produced
accomplished musicians such as The Clash and UB40. Since then IRATION has released several
more recordings: Sample This EP, Time Bomb LP, and Fresh Grounds EP - which included several
songs that had much radio success (Time Bomb LP's "Turn Around" spent ten weeks at #1 on San
Diego's 91X FM) that boosted the band's popularity and opened the door for TV and other
media placements. They have been lucky enough to share stages with Kings of Leon, 311,
Incubus, Bush and many other talented acts in venues such as Santa Barbara Bowl and The
Wiltern Theater, as well as at events such as Cypress Hills Annual Smoke Out Festival, West
Beach Music Festival and Sunset Strip Music Festival.

After wrapping up their 2011 summer, which included festival performances at Lollapalooza,
Wakarusa, and 91X X Fest, IRATION continues to tour relentlessly and looks forward to
embarking on their 2nd annual Lei'd Back Tour this fall. These Hawaiian-raised naturally talented
musicians look forward to spreading their original sound, aloha spirit, and cutting edge surf
culture as far as possible and continuing to make original music.