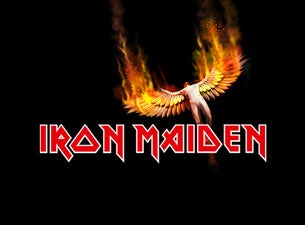 Metal legends Iron Maiden formed in 1976 though it was four years before they released their first self-titled album, featuring the successful single “Running Free.” The band's second album, Killers, released in 1981, had a harder edge than their first and was also a hit. Original vocalist, Paul Di'Anno, left the band in 1982 and was replaced with Bruce Dickinson who completed what is now considered to be Iron Maiden's classic line-up. The same year saw the release of the seminal rock album Number of the Beast which was the band's first worldwide hit and featured such classic tracks as “Hallowed Be Thy Name” and the album's title track. Iron Maiden took full advantage of their new found global fame and quickly put out their next album Piece of Mind before going on two major tours.

Iron Maiden were on a roll and they released Powerslave, another huge album, in 1983. The band toured Powerslave for 11 months which resulted in 1985's double live album, Live After Death. Their next two releases were both concept albums, Somewhere in Time from 1986 and 1988's Seventh Son of a Seventh Son. Seventh Son was widely considered to be the band's best album since Number of the Beast and spawned the successful singles “The Evil That Men Do” and “The Clairvoyant.”

Another huge tour followed after which the band went back to basics with their 1990 album No Prayer for the Dying. After touring No Prayer throughout 1991, Bruce Dickinson decided to leave the band but not before they recorded their next album, Fear of the Dark, which was released in 1992. Dickinson then toured with the band which produced two more live albums, A Real Live One and A Real Dead One, which were both released in 1993.

After a spell with Blaze Bayley as their singer, Iron Maiden welcomed Dickinson back in 1999 and a new album, Brave New World, hit the charts in 2000. In 2005 they undertook a huge tour as co-headliners with Black Sabbath and they have continued to tour and release new albums ever since. In 2010, The Final Frontier, the band's 15th studio album was released.