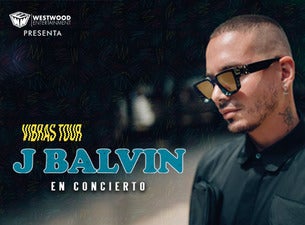 Charismatic Columbian reggaeton singer J Balvin has been a dominant figure on the Latin charts since his 2009 debut. The electric artist is known for beat-heavy performances that feature a troupe of talented female backup dancers, and his high-energy renditions of fan favorites like "Tranquila" and "Yo Te Lo Dije" always get fans moving. Ticket buyers looking to swivel their hips can catch J Balvin on tour in 2014 with Latin music icons Enrique Iglesias and Pitbull.

J Balvin was born Jose Alvaro Osorio Balvin in the Columbian city of Medellin. He was interested in rap, dancehall, and bachata from an early age, and began to hone his performance technique and dance moves watching music videos. He made his debut in 2009 with the track "Elle Me Cautivo", which cracked the Top 20 in his native country and the Top 40 on the US Tropical chart. Following the release of a mixtape titled Real in 2010, Balvin continued to climb the Columbian charts with his soundtrack contributions to the 2011 film El Negocio, reaching No. 2 with "Sin Compromiso" and earning his first No. 1 with "En Lo Oscuro". His official debut full-length album La Familia dropped in 2013, expanding his fanbase overseas and landing at No. 2 on the US Latin Rhythm Albums chart. The album contained three chart-topping singles including "Yo Te Lo Dije" and "6 AM", propelling the album to triple-platinum status in Columbia. A talented singer and dancer with enough stage presence to fill even the biggest arena, J Balvin continues to dazzle on perennial tours.