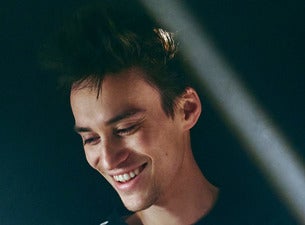 Jacob Collier has long had a voice and talent far beyond his years. The North London, England-based vocalist, multi-instrumentalist, arranger, composer, producer, and all-around music theory prodigy has music in his blood — literally. Collier's mother, Susan, is a music teacher, conductor, and violinist at London's Royal Academy of Music, the same place his grandfather taught. As a kid, Jacob attended The Purcell School for Young Musicians and performed in productions of Mozart's The Magic Flute and Benjamin Britten's The Turn of the Screw.

But it wasn't until Collier began experimenting on his own that his music career took off. At age 17, he began uploading complex music videos that showed every vocal and instrumental part of a song, including keys, strings, percussion, and even as many as 14 vocal harmonies. These impressive videos, featuring covers of songs by artists like Stevie Wonder, Burt Bacharach, and George Gershwin, quickly went viral, enough to get the attention of legendary musician Quincy Jones. Around the same time, a PhD student at the Massachusetts Institute of Technology's Media Lab began working with Collier on a one-man multimedia experience to capture all of his talents at once in a live setting.

By 2015, the then 20-year-old was ready to debut his technologically stunning show, featuring effects like 3D video loops and a vocal harmonizer, in London. Soon after, he took the show to Switzerland's Montreux Jazz Festival, where he opened for Herbie Hancock and Chick Corea, and then onward to stages across the globe.

Already a master performer, Collier soon got to work on his debut album, In My Room, which came out in summer 2016. Just like his shows, the album was all Jacob — he wrote, arranged, played every instrument, and recorded the entire album on his own, all in his family's London home. The following year, two of the covers featured on the album, Stevie Wonder's "You and I" and ‘The Flintstones' theme song "Flintstones," won Grammy Awards for Best Arrangement.

After two-and-half grueling years on the road, including collaborations and performances with orchestras from around the world, Collier took time to work on his follow-up release. He announced that his second album would actually be a four-volume set, with the first volume, Djesse (Vol. 1) appearing in late 2018. Stay tuned for plenty more music from this unstoppable phenom.