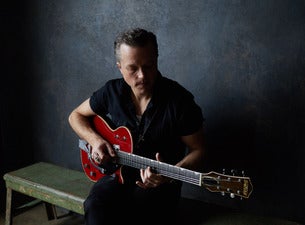 Alt-country singer/songwriter Jason Isbell is a master of writing songs that maximize the emotional impact of his heartrending voice. From his time with the Drive-By Truckers to his solo material with his band the 400 unit, Isbell has proven himself a consummate storyteller, building a loyal fanbase with his stripped-down, emotionally relatable songs. Riding high on the success of fourth album Southeastern, Isbell will support Ray LaMontagne on tour in 2014, rounding out his time on the road with select headline appearances of his own.

Born and raised in Northern Alabama, Isbell grew up playing music, encouraged by his musical family to take up multiple instruments. After a brief stint as a songwriter, he joined southern rockers the Drive-By Truckers for their 2001 tour in support of their album Southern Rock Opera, staying on with the band as a guitarist, vocalist, and songwriter until leaving to pursue a solo career in 2007. His debut album Sirens of the Ditch was well-received by critics, providing him enough momentum to put together a full band for 2009 sophomore outing Jason Isbell and the 400 Unit. With his fourth studio album Southeastern topping critics’ lists in late 2013, Isbell once again hit the road for a string of highly anticipated 2014 tour dates.

"Jason Isbell is awesome! He knows how to write a song and how to interact and entertain an audience. His band is great and they genuinely seem to enjoy what they do."

" Jason is an entertainer that writes from his soul and you can feel it in his performances. I would recommend anyone seeing him and his band."

" Jason Isbell and his band put on a phenomenal show, as they always do. The crowd was excited and engaged."