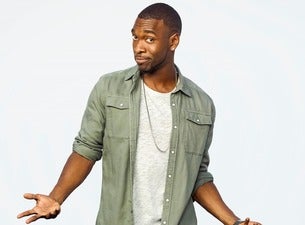 Jay Pharoah returned to Studio 8H for his second season on Saturday Night Live. Pharoah is most known for his wide array of uncanny celebrity impressions including Will Smith, Eddie Murphy, Denzel Washington and Kanye West. Pharoah developed his comedy skills at a young age in local comedy clubs. He went on to tour in the UK, the US, and Montreal, and participated in the sketch comedy series, "Charlie Murphy's Crash Comedy." Pharoah previously performed stand-up on BET's "One Mic Stand" and was the star of the 2010 BET Awards short, "The Package." He can soon be seen alongside Greta Gerwig, Bill Pullman, and Debra Winger in Fox Searchlight's upcoming feature "Lola Versus."
Originally from Virginia, Pharoah currently resides in New York City.