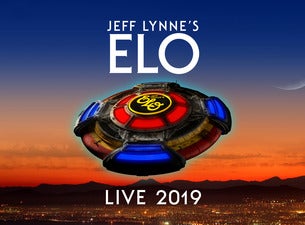 "It's nice to have songs in your catalog that stand the test of time." So says creator Jeff Lynne about one of the most cherished troves in the history of pop music. As the singer, multi-instrumentalist, and producer who masterminded the Electric Light Orchestra (or ELO for short), the Birmingham-bred Lynne created a fabulously futuristic yet eminently engaging series of hit albums and singles that may be just as thrilling to new generations of listeners as they were to the millions who bought them during ELO's original run from 1970 to 1986. Indeed, thanks to these songs' presence on the soundtracks for movies like ‘American Hustle' and ‘Guardians of the Galaxy Vol. 2,' it feels like ELO's hardly been away.

Yet until the new revival, ELO had been dormant since 1986, Lynne resurrecting the band only briefly for the 2001 album ‘Zoom.' Lynne stayed busy with solo albums and production work for friends like George Harrison and Tom Petty, two legends who'd join him alongside the late Roy Orbison and Bob Dylan in the Traveling Wilburys. Then the release of a new compilation in 2012 — ‘Mr. Blue Sky: The Very Best of Electric Light Orchestra' — spurred Lynne and original ELO member Richard Tandy to perform a benefit concert at London's Apollo. It led to a much grander return for BBC Two's Hyde Park Festival in 2014, with all 50,000 tickets selling out in 15 minutes. "That felt like I was breaking through a barrier," said Lynne of the end of ELO's long hiatus as a live act. The triumphs continued with a medley of "Evil Woman" and "Mr. Blue Sky" at the 2015 Grammy Awards, a historic concert at England's iconic Wembley Stadium in 2016, and ELO's 2017 induction into the Rock and Roll Hall of Fame.

With the help of musical director Mike Stevens and 13 players, Jeff Lynne continues to bring the ELO experience to audiences worldwide in a two-hour show that includes such classics as "Evil Woman," "Strange Magic," and "Livin' Thing." Fans can also enjoy more unexpected pleasures like "Do Ya" by The Move, the ‘60s rockers that first teamed Lynne and his ELO cofounder Roy Wood, and the Traveling Wilburys' "Handle With Care." The new ELO songs Lynne wrote and recorded for ‘Alone in the Universe' (2015) prove that one of pop's most celebrated craftsmen has not lost his Midas touch.