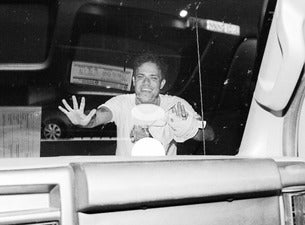 Punk rock renaissance man Jeff Rosenstock wears many musical hats, and he wouldn't have it any other way. When not tending to his thriving solo career, the Long Island native runs his own label, Quote Unquote Records, that releases albums on the basis of donations. In addition, Rosenstock plays with Antarctigo Vespucci, a retro-kissed synth-rock collaboration with Chris Farren that released a new album, 'Love in the Time of E​-​Mail,' in October 2018. Rosenstock has also produced albums by Laura Stevenson, Mikey Erg, and the Smith Street Band.

The fiercely DIY, cheerfully outspoken musician first cut his teeth in a ska band, The Arrogant Sons of B*****s, but found greater fame after launching the beloved punk troupe Bomb the Music Industry! in the mid 2000s. That group churned out an impressive number of albums and singles during their decade together, and became known for inclusive, all-ages shows and an interactive merch experience: Fans were encouraged to use stencils to spray-paint their own Bomb the Music Industry! T-shirts at gigs.

This freewheeling independent spirit extends to Rosenstock's solo work, which includes full-lengths such as 2016's critically acclaimed 'WORRY' and 2018's equally lauded 'POST-.' In addition to gleefully hopscotching between genres – from bracing punk-pop, to keyboard-spiced indie-rock, and lo-fi bedroom-punk – he isn't afraid to delve into politics, mental health, social issues, and even the quirks and frustrations of music industry insider baseball.

Such vulnerability has helped Rosenstock amass a devoted fan base. Naturally, the musician has found a home touring with a who's-who of fiercely independent, socially conscious punk bands, including AJJ, Modern Baseball, PUP, and the Menzingers, and is a regular at punk rock gatherings such as The Fest. No matter where Rosenstock and his band play, however, they ooze passinn while honoring the power of music.