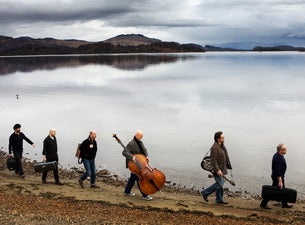 It's tempting to try to summarize dobro master Jerry Douglas's musical impact with numbers: 12 Grammy Awards, 11 Musician of the Year awards from the Academy of Country Music (and three more from the Country Music Association), eight instrumentalist awards from the International Bluegrass Music Association, and over 2,000 instrumental appearances on records by such artists as Paul Simon, Ray Charles, The Chieftains, Elvis Costello and Reba McEntire. The leader of Alison Krauss and Union Station featuring Jerry Douglas (the band often abbreviated as AKUS) offers a pithier description: "He's irreplaceable," Ms. Krauss tells us.


Performing with The Jerry Douglas Band is  singer/guitarist John Oates, who  is best known as one half of one of rock's most successful duos of all-time, Hall & Oates.  Their breakout  major hits,  "Sara Smile" and "Rich Girl," catapulted them to stardom and were followed by many other hits including  "Kiss on my List," "Private Eyes," "Maneater," and "Say it isn't So," to name but a few.  They unquestionably became one of the U.S.' top pop-rock groups. As a result, Oates became a sought after producer by other artists, as he worked with Eddie Kendricks, David Ruffin, the Parachute Club, and Chris Sheppard, and performed on recordings by Taj Mahal, Tina B, and Icehouse, among others.


Maura O'Connell is a Grammy Award-nominated Irish singer and actress. O'Connell began her professional musical journey during a six-week tour of America in 1980, as vocalist for the traditionally-based Celtic group De Dannan. The following year, she was featured on the band's landmark album, The Star Spangled Molly, (where she has the lead vocals on four tracks) which became something of a national phenomenon in her homeland.