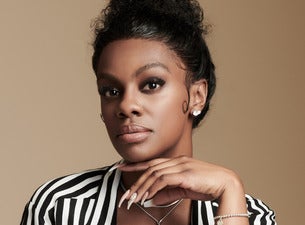 Long before ever stepping on a stage, Jessica Robin Moore had already gained a huge fan base by sharing her sharp, biting humor straight to the screens of millions. Born in 1992, the Baltimore, Maryland, native used her wit and plenty of Instagram savvy to grow her online presence at a rapid pace. Now simply known as Jess Hilarious, she's not only a social media success, but a stand-up comedian and TV star.

Jess' millions of Instagram followers regularly tune in to her popular segment "Jess with the Mess," in which she quips on current trends and entertainment news. In her up-to-the-minute skits and random bits of improv, she holds nothing back, even inviting her son Ashton along to add some of his own cute comedy. Her hard-hitting humor, from which no celebrity is immune, continues to bring in more followers, especially when it's gotten her entangled in a few famous feuds with rappers like Meek Mill and Azealia Banks. Such Internet beef even helped her nab the BET Social Award for "Clapback" in 2018.

Jess Hilarious has made a name for herself on the comedy circuit, opening for one of her biggest influences, Martin Lawrence, as well as fellow comedians like Rickey Smiley, Mo'Nique, Mike Epps, and Bruce Bruce. She also embarked on her own comedy club tour in the summer of 2017, selling out shows throughout the U.S.

She's since become a regular on the small screen, appearing in seasons 9 and 10 of ‘Wild ‘N Out' on MTV and Russell Simmons' ‘All Def Comedy' on HBO. In March 2018, she landed the female lead of Brittany on the Fox sitcom ‘REL,' alongside veteran comedians Sinbad and Lil Rel Howery. Amid all this work, Jess Hilarious continues to live up to her adopted name, spreading laughter both online and off.