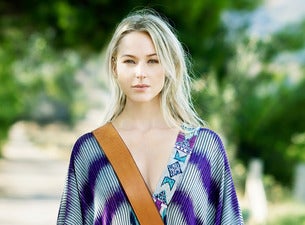 Jewel is the rare artist who can mesmerize audiences with just an acoustic guitar and her voice. Not only is the Grammy-nominated songwriter a masterful storyteller, but she's also an expressive singer who takes a variety of approaches — raspy whispers, a powerful warble, and even a signature, awe-inspiring yodel — to convey the emotion within her folk, pop, and country tunes. Still, Jewel's 2018 Handmade Holiday Tour, a seasonal song-filled show with a pre-concert chance to make gifts, is a veritable family affair. As with the 2017 iteration of the festive jaunt, special guests include her dad, Atz (who also stars on the reality show ‘Alaska: The Last Frontier') and brothers Atz Lee and Nikos Kilcher.

Jewel Kilcher was brought up on a farm in rural Alaska, but started playing music from a very young age. As a child, she performed with her father, touring a circuit of hotels and bars; later, as a teenager, she studied operatic voice at Michigan's Interlochen Arts Academy. However, Jewel's career breakthrough came in early 1990s San Diego: Discovered while living in her van and playing coffeehouses, she landed a major-label record deal and released 1995's multi-platinum ‘Pieces of You,' an insightful folk-pop collection that spawned two Billboard Hot 100 No. 2 hits, "You Were Meant for Me" and "Foolish Games," and the haunting meditation "Who Will Save Your Soul." In subsequent years, Jewel expanded her fanbase by dabbling in both mainstream pop (the slinky single "Intuition" peaked at No. 20 on the Billboard Hot 100) and country. But in a testament to her formidable talents, she also became a successful author — her 1999 poetry collection ‘A Night Without Armor' landed on the New York Times' best-seller list — and launched an acting career. Most notably, she portrayed June Carter Cash in the 2013 TV movie ‘Ring of Fire.'