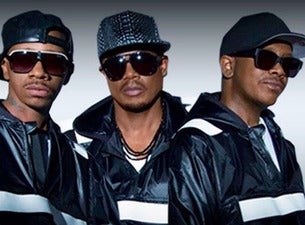 Known as the sexy bad boys of the R&B scene, Jodeci is made up of Jo-Jo Hailey, Donald “DeVante Swing” DeGrate and Cedric “K-Ci” Hailey, with Dalvin DeGrate joining at a later date. No strangers to success, Jodeci’s smooth sounds have been topping the charts since the early 90s, when they released Forever My Lady. The album featured the gold single, “Come and Talk to Me,” and sold over three million copies. They belt out powerful ballads and jazzy love songs with seductive beats that concertgoers can’t help but sway along to at their live shows. Their tours have been selling out across the country since the early 90s, and the band continues to shine during their reunions. They radiate energy and wrap the audience in their smooth, soulful sounds.

The foursome are natives of North Carolina, and their music is heavily influenced by their experience singing gospel music as youngsters. Rapper Heavy D was instrumental in the band’s success, convincing Uptown president Andre Harrell into signing them after hearing their demo. It’s hard to miss the enormous talent evident in each of their three records, but "Forever My Lady" was definitely their initial ticket to success. On the band’s third album The Show, the After-Party, the Hotel they were able to work with R&B legend Al Green on the song “Could This Be the Love.” Jodeci's sound is admired in many different musical circuits, from R&B to soul to gospel to easy listening, and their fans applaud their musical prowess and ability to pump so much sexy magic into each of their songs.