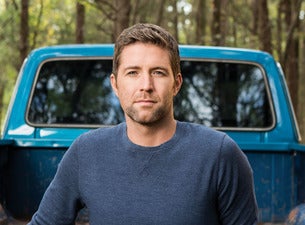 Country bass crooner Josh Turner has one of the most recognizable – and deepest – voices in country music. With his fifth album, 2012’s Punching Bag, Turner added yet another entry to a string of chart-topping albums, achieving one of his biggest hits to date with single “Time Is Love.” As a child, Turner honed his unique voice singing bass in church choir quartets before heading to Nashville to pursue his passion – country music. His platinum-certified 2003 debut Long Black Train was an instant hit, rising to No. 3 on the country charts on the strength of its title track and lead single. Sophomore album Your Man would peak at No. 1 on the Country Albums chart, followed by 2007’s Everything is Fine and 2010’s Haywire, the latter featuring No. 1 hits “Why Don’t We Just Dance” and “All Over Me.” Turner is known for putting on one of the most entertaining live concerts in country music, building anticipation among ticket buyers for his upcoming 2014 tour.