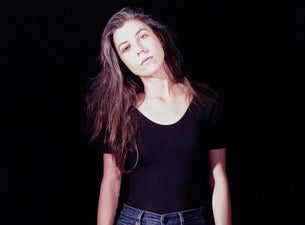 Avant-pop goddess Julia Holter masterfully fuses disparate genres like folk, jazz, chamber music, and lo-fi electronica to arrive at her stunningly singular sound. In concert she brings her intricately crafted songs to life with a phenomenally talented backing band comprised of an upright bassist, a violinist, and a drummer. Holter herself assumes keyboard duties, deftly tapping out intricate and evocative passages while casting her ethereal, agile voice over the impressively rich mix of elements. Her music’s complex time signatures and enigmatic lyrics make for a cerebral listening experience, but the low-key manner in which she introduces each song and cracks jokes make her concerts approachable for fans of all stripes. From the off-kilter beat of “Silhouette” to the lushly gorgeous vocals of “Feel You”, Holter is the embodiment of musical virtuosity, and her concerts are a must-see for any fan of envelope-pushing experimental pop.

Los Angeles-born Julia Shammas Holter attended the city’s Alexander Hamilton High School Academy of Music before going on to study composition at CalArts. She’s been a critical darling from the outset of her career – her 2011 debut album Tragedy, which she recorded alone in her bedroom, was named one of NPR’s “Best Outer Sound Albums of 2011”. The praise continued with her 2012 sophomore album Ekstasis, which drew comparisons to luminaries like Laurie Anderson, Kate Bush, and Joanna Newsom. Critical acclaim gave way to commercial success with her third album, 2013’s Loud City Song – the record made its way onto the charts in several European countries and led to extensive touring. The current apex of her success, however, came in 2015 with the release of her fourth album Have You in My Wilderness, which peaked at No. 20 on the UK Albums Chart and was hailed by critics as one of the year’s best albums. As renowned for her masterful live shows as she is for her stunning recordings, Holter continues to dazzle with her brilliant songwriting, gorgeous voice, and world-class musicianship every time she tours.