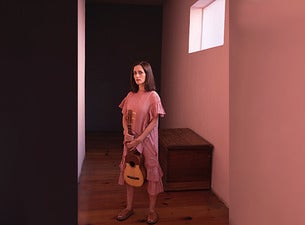 Few singer/songwriters have as broad an appeal as Julieta Venegas. Having established herself as an alternative artist at the forefront of the Mexican music scene in the late 90s, her third album showed a departure into pop rock that immediately earned her worldwide attention. Her live shows translate the melodic hooks of her songs into a powerful performance, and many ticket holders stay on after in hopes that she’ll come back out for an encore. This is definitely one show fans wish would go on forever. Venegas promoted her sixth and most recent album Los Momentos, released in March 2013, at the Festival de Olmué in January 2013.

Venegas started playing music at a very young age, and when she was 22, moved her musical tour to Mexico City, where her talent and beauty earned her attention in the pop scene. Her music is rooted in alternative rock, but these days, her focus is on wonderfully hummable pop songs. Fans can catch her concerts all over the world now, as she has been touring internationally since 2008, performing classic hits like “Me Voy” and “Andar Conmigo,” as well as songs from her newly released record Los Mementos. The colorful pop music has topped music charts worldwide and also garnered Venegas a slew of accolades, from Grammys to MTV Music Awards. Fans and critics alike hail her for writing impossibly catchy tunes, as well as singing and playing a variety of instruments in her own songs. Starting out as a Latin music artist, she has definitely transcended those boundaries and stepped into a realm of mass appeal and worldwide stardom.