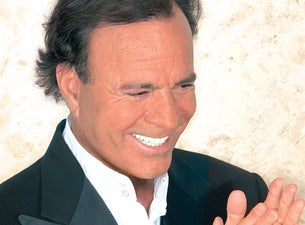 Spanish singer/songwriter Julio Iglesias is proof that romance is alive and well. The passionate balladeer was officially recognized by Guinness World Records in 2013 as the best-selling male Latin artist of all time with more than 250 million albums sold worldwide. He's also one of the world's most successful touring artists, one who continues to sell huge numbers of tickets for shows at arenas and stadiums around the world. Iglesias has released more than 80 albums, in 14 languages, over the course of his career, which peaked from the late'70s through the '80s. In North America, he's best known for two duets from the '80s: "To All the Girls I've Loved Before" (with Willie Nelson) and "All of You" (with Diana Ross). Ironically, Iglesias may owe his storied career to a near-tragedy. He turned to music when he was 20 years old, after he was paralyzed in a car accident that ended his career as a goalkeeper for the Real Madrid soccer team. He's said that he learned to play guitar while recovering over the course of three years, and eventually regained almost all of his mobility. In 1968 he won a songwriting contest that led to his first recording contract.  The following year he released his debut album, "Yo Canto," in Spain. By 1971, he'd sold his first million records and begun to expand his fan base throughout the Spanish and English speaking world.