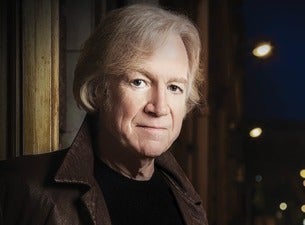 While a Moody Blues concert is an epic event, a Justin Hayward solo show — which might contain some of the same songs — offers fans a more intimate experience, one that's equally entrancing in its own way. Hayward wrote and sang the bulk of The Moody Blues' biggest hits, from "Nights in White Satin" to "The Story in Your Eyes" and "Your Wildest Dreams." And he's usually happy to bust out some of his Moodies tunes in his solo shows. But he's also maintained a solo recording career ever since the 1970s, full of melodic gems that you won't get to hear at a Moody Blues concert. And it's the combination of those two elements that really makes a Hayward show a special occurrence unto itself. When you're hearing Hayward deliver his material in a more direct manner, sometimes telling the stories behind the songs, it makes for a unique connection with this rock legend.

The world knows singer, songwriter, and guitarist Justin Hayward best as the driving force behind The Moody Blues, one of the most innovative bands of the classic-rock era. With Hayward at the helm, the Moodies moved from an R&B-inflected style in the mid-1960s to a more psychedelic sound later in the decade, making history with their marriage of classical music and rock on the 1967 milestone Days of Future Passed and prefiguring progressive rock in the process. And though he led the band through multiple comebacks and evolutionary phases in the subsequent decades, Hayward also created an artistic space all his own outside of The Moody Blues. He released his first solo album, the appropriately titled Songwriter, in 1977. And ever since then, though he's had long periods where he concentrated on being a bandleader, he's never closed the door on his solo career. Whenever he's ready for a more personal statement, Hayward steps away from the Moodies to resume his path with his own music.