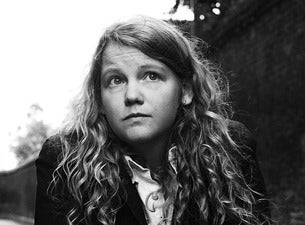 London-based playwright, rapper, and spoken word poet Kate Tempest skyrocketed to stardom in 2012 when her poem "My Shakespeare", a commission the Royal Shakespeare Company, made her an overnight critical darling. Since then she's been a staple on the festival and poetry slam circuits, delivering performances at Glastonbury and beyond that led The Huffington Post to declare her "one of the most widely respected performers in the country -- the complete package of lyrics and delivery".  Kate brings hip hop-influenced tunes like "The Beigeness" and "Lonely Daze" to life at her live shows, packing her rapid-fire flow with fresh insight and evocative lyrical imagery while dancing to her mean beats. With her brilliant combination of spoken word pieces, bounce-worthy songs, and outspoken stage presence, Tempest is a powerhouse performer who always impresses with her energy and confidence on tour.

Kate Tempest grew up as a self-described "wayward youth" in South East London, hanging out in squats and rapping at street protests. She attended high school at the city's BRIT School for Performing Arts and Technology and began performing slam poetry at open mic nights at age 16. After touring the spoken word circuit and performing throughout the US and Europe with her band Sound of Rum, she was commissioned to create a piece by the Royal Shakespeare Company. The result was her poem "My Shakespeare", a massive critical success that drew praise from The Guardian and The Economist, where critics opined that "it should be mandatory viewing for all teenagers". Tempest made her album debut in 2014 with Everybody Down, a potent pairing of hip hop beats and spoken word poetry that earned a nomination for the prestigious Mercury Prize. Since then she has continued to impress on tour, treating ticket buyers to electrifying sets of her stylish, singular brand of rap-meets-slam poetry.