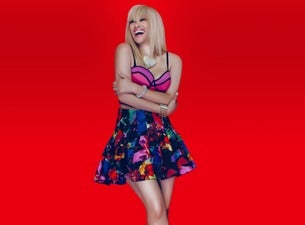 From her days as a young gospel singer to her current reign as one of R&B's most dynamic songstresses, Keke Wyatt has remained a confident and commanding vocalist and performer. Keke has treated fans to an inside look at her everyday life as the star of the reality TV series R&B Divas: Atlanta, and she continues to reveal her colorful personality -- and her stunning vocal skills -- every time she takes the stage to perform favorites like "Nothing in This World" and "Fall in Love". With a 2014 EP titled Ke'Ke making waves and a fourth studio album in the works, Keke is in top form and ready to dazzle on her highly anticipated upcoming tour dates.

Keke Wyatt was born to an Indianapolis family with deep ties to gospel music. She began singing at age two, had her first performance at age five, and made her on-record debut on a gospel compilation at age 10. She scored her first hit in 2001 as the featured artist on Avant's "My First Love", a sultry slice of lovelorn neo-soul that cracked the Top 10 on the R&B chart and remained there for several weeks. The single earned her a deal with MCA records, and her 2001 debut album Soul Sista followed shortly after. The album landed at No. 5 on Billboard's Top R&B/Hip-Hop Albums chart, propelled by the hit single "Nothing in This World" -- another collaboration with Avant. She suffered a setback when two consecutive albums were shelved in the late '00s due to issues with her label, but she made a triumphant return in 2010 with her sophomore album Who Knew. In addition to her singing career, Keke has also become a beloved reality TV personality as the star of the hit show R&B Divas: Atlanta. A seasoned performer with a honey-toned voice, she continues to enchant ticket buyers on her can't-miss tours.