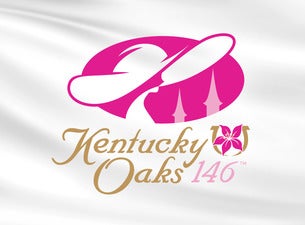 Pop quiz: What Grade 1 stakes race for three-year-old thoroughbred horses happens every year at Churchill Downs in Louisville, Kentucky, but isn't The Kentucky Derby? There's only one answer: Kentucky Oaks.

The race has been the run-up to the Derby for as long as the latter has been around. The Oaks has been run annually since 1875, and it was started that year by the same visionary who founded the Derby, Meriwether Lewis Clark Jr. (grandson of legendary explorer William Clark).

As such, it's not only one of the longest-running sports institutions in America, it's also one of the most popular. The Oaks, much like the Derby, has gone from strength to strength over the years, and these days the turnout for the race is about 100,000 each year. Nicknamed "Lilies for the Fillies" after the lily garland that accompanies the winning purse, the Oaks is part of the Triple Tiara of Thoroughbred Racing, otherwise known as The Filly Triple Crown (The Black-Eyed Susan Stakes and The Acorn Stakes are the other two).

The rich history of the Oaks includes legendary jockeys like Manuel Ycaza and Eddie Arcaro and record-breaking runs like those of Bird Town and Sweet Alliance. In more recent years, the likes of Florent Geroux on Monomoy Girl and Mike E. Smith on Abel Tasman have carried the tradition proudly forward.

Another important aspect of the modern-day Oaks is the Pink Out, in which the track is fabulously decorated in pink and attendees are asked to dress accordingly as part of the fundraising effort to fight breast and ovarian cancer.

The Survivors Parade and the track's donation of a dollar for the sale of each Oaks Lily (the traditional drink of the Oaks) are part of the effort as well. Whether you're soaking up the fashion, the fun, or the aforementioned Oaks Lilies, every year on the Friday before the Derby you get to see some of the fastest thoroughbred fillies on the planet giving it their all.