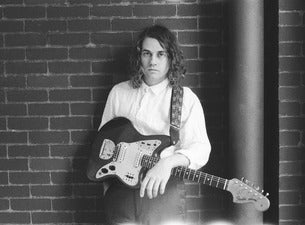 Indie folk troubadour Kevin Morby established himself in bands like Woods and The Babies before breaking out on his own in 2013 with his solo album Harlem River, an impressive debut full of gifted lyricism and accomplished songwriting. In concert Morby's crooning vocals and evocative storytelling entrance audiences on standouts like "The Dead They Never Come Back," "Dorothy," and "I Have Been to the Mountain." As he switches between earthy acoustic and echoing electric guitars, his versatile backing band augments his folk sound with everything from honky-tonk piano rolls to jazz guitar licks. With each eclectic tune and, Kevin Morby captivates ticket buyers and takes indie folk to thrilling new places.

Kevin Morby has pursued music full-time since the age of 17, when he dropped out of high school, got his GED, and relocated from Kansas City to Brooklyn. The bold move paid off a few years later when he joined noise-folk act Woods just in time for the band's 2009 album Songs of Shame. That same year Morby and his roommate Cassie Ramone (frontwoman of Vivian Girls) co-founded their side project The Babies, which gave him an outlet for his own songwriting on their self-titled 2011 debut. His time with those two groups gave Morby the foundation he needed to launch his solo career, and in 2013 he relocated to Los Angeles to record his first album Harlem River. The following year was a whirlwind of activity as he toured solo and with The Babies before releasing his second album Still Life. He returned in 2016 with his third album Singing Saw, which was lauded by critics at Pitchfork, Drowned in Sound, and Under the Radar, among others. Kevin Morby continues to build his legacy and grow his fanbase with his moving live performances and increasingly poised recorded output.