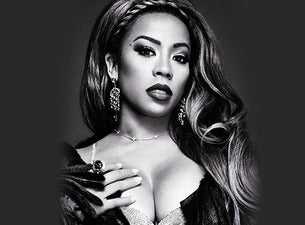 Before R&B singer Keyshia Cole was headlining her own world tours, she was enlisted as a supporting act for such major stars as Nelly, R. Kelly, Kanye West and Lil Wayne. However, even as an opening act, Keyshia had audiences transfixed. She continued to release hit songs like “I Changed My Mind,” “(I Just Want It) To Be Over,” “Love,” “Let It Go,” “Trust” (a duet with Monica), and “Take Me Away,” and, as a result, Keyshia garnered a legion of her own fans worldwide, all eagerly lining up for tickets to watch her perform LIVE. Fans and critics regularly praise the stylish diva’s concerts not only for her vocal chops and dance skills, but for the way she’s able to emotionally connect with the audience on a deep level. This two-way exchange is enhanced by the fact that the star’s personal struggles were made public by her decision to star in her own BET reality TV show “Keyshia Cole: The Way It Is”—a brave move for any artist. Among her biggest influences, she cites the likes of Anita Baker, Faith Evans, Brandy and Mary J. Blige.