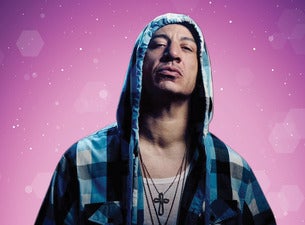 As a veteran hip-hop DJ who has graced the decks of Studio 54 and the Def Comedy Jam, Kid Capri has been around longer than most of his competition -- and he's got the skills to prove it. Capri has a unique gift for hyping crowds, and his high-energy sets and unparalleled emceeing have landed him on tour with a laundry list of hip-hop giants that includes L.L. Cool J, Busta Rhymes, and Jay Z. Kid Capri will have ticket buyers up and out of their seats as he unleashes another round of epic sets on his latest tour.

Bronx native Kid Capri, born David Anthony Love Jr., began DJing at age eight, inspired by the late-'70s block parties he attended in New York City. Before long he landed a regular gig at the legendary Studio 54, where his knack for selecting the perfect crowd-pleasing cuts quickly made him a favorite among the club's all-night revelers. His biggest boost, however, came during his seven-year stint as house DJ of Russell Simmons' Def Comedy Jam, where he introduced mainstream TV audiences to live hip-hop DJing. Since then Capri has released several albums including The Tape (1991) and Soundtracks to the Streets (1998), keeping crowds moving with singles like "Apollo" and "Unify". He'll continue to keep the party bumping all night long with another round of electrifying sets on his latest tour.