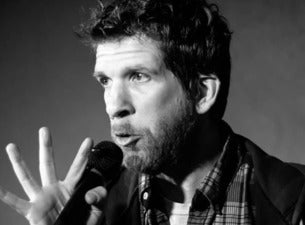 Comedian Kris Tinkle has been making his mark on the New York City standup scene since he moved here from his native San Francisco. He is currently the co-host and resident comedian on "Comedy By Request". He has appeared on “The Artie Lange Show”, is a regular on “Friday’s with Breuer” and “Tap Out Radio,” and has been featured in numerous comedy festivals.

Kris’ debut comedy CD “Almost Awesome” was released by Rooftop Comedy and is in regular rotation on Sirius XM. He also performed in and wrote for numerous web series on Crackle.com and SuperDeluxe.com. His live sports/comedy talk show “Steel Cage Comedy” was covered by Yahoo! and Espn.com. He appears in the sports documentary “Such Great Heights” currently streaming on Netflix.

Tinkle performs standup in clubs and theaters across the country, and is a veteran of multiple USO tours. His unique energy and honest, engaging style of underdog comedy continue to win over audiences nationwide.