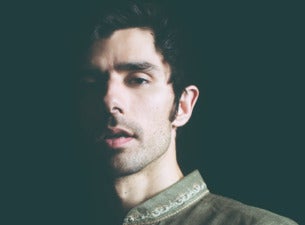 On a recent Giant tour, KSHMR brought to life a recurring tale that has been part of his live show. Whereas in the past, comic book–like stills would always tell a story on the screen behind the California-based EDM producer, the KSHMR live experience now features an animated tale of a cosmic giant who comes to Earth to change the world with a human that he befriends. Now, while KSHMR drops the billowing big house sound of "Magic," the Bollywood-meets-jump-up-bass of "Shiva," and the polished groove of the Tiesto-featured "Harder," a new epic visual unfolds throughout the set. But before the world knew that producer Niles Hollowell-Dhar was the man behind KSHMR, it was Tiesto in fact who officially announced his identity to the world at the 2015 Ultra Music Festival. Formerly of pop production duo Cataracs, Hollowell-Dhar had kept the KSHMR identity secret until Tiesto's onstage reveal, and he's been openly producing and touring the world's biggest parties as KSHMR ever since. Ultra Music Festival in Miami is a staple every year, and KSHMR even played with live musicians at Ultra 2017. KSHMR is no stranger to the Tomorrowland Main Stage in Belgium; he's played Coachella in Southern California, and Electric Daisy Carnival in Las Vegas; and he brings the same big festival energy to every room he plays.

Born in Berkeley to an Indian father and American mother, producer Niles Hollowell-Dhar's KSHMR moniker pays homage to his Indian heritage in both name and sound. He came up with pop/hip-hop production team The Cataracs, notably producing Far East Movement's smash hit "Like A G6" in 2010. With The Cataracs he also produced tracks for artists like Snoop Dogg, Selena Gomez, and DEV. He began the KSHMR project in 2014 and started his own label, Dharma, in 2017. The 30-year-old electro house producer has collaborated with household EDM names like Tiesto and Hardwell, but also recently featured Bollywood singer Sonu Nigam on the track "Underwater." His music finds the balance between chart-topping EDM and the global sounds of the world, from India to Greece and beyond.