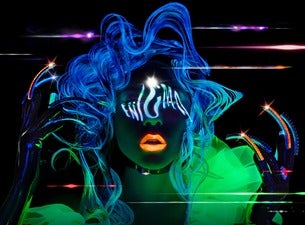 Grammy and Golden Globe winner and Academy Award-nominated Lady Gaga is a one-of-a kind artist and performer. She has amassed an outstanding 30 million global album sales and 150 million single sales, making her one of the best-selling musicians of all time. Gaga is also one of the biggest living forces in social media with over 61 million likes on Facebook, over 65.1 million followers on Twitter and over 21.3 million followers on Instagram. Her fifth studio album "Joanne" was recently released and debuted at #1 on the Billboard Top 200, marking her 4th consecutive #1 album - the first female to do so in the 2010s.

Gaga most recently headlined the 2017 Pepsi Zero Sugar Super Bowl LI Half Time show. Her 13-minute solo performance amassed 117.5 million viewers. Lady Gaga will star alongside Bradley Cooper in the film, "A Star is Born," set for release in 2018. In 2012, Lady Gaga launched the Born This Way Foundation, a non-profit organization dedicated to empowering youth, embracing differences and inspiring kindness and bravery. She is also an outspoken activist, philanthropist and supporter of many important issues including LGBT rights, HIV/AIDS awareness and body image issues.

The tour announcement comes on the heels of the release of "Stupid Love," the first single off her highly anticipated sixth studio album, which skyrocketed to number 1 and garnered rave reviews. For all shows in the U.S., $1.00 from each ticket sold shall be donated to Born This Way Foundation.