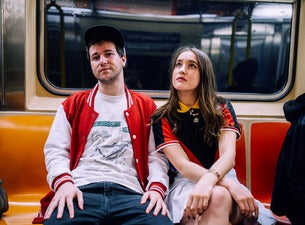 The two siblings who head the soul-pop band Lawrence grew up immersed in music, with older brother Clyde and younger sister Gracie adoring the likes of Aretha Franklin and Randy Newman. Clyde got his start in songwriting when he was only 6 years old. His father, Marc, wrote and executive produced the Sandra Bullock pageant comedy ‘Miss Congeniality,' and when he needed a song to soundtrack the film's central beauty contest, Clyde stepped up, writing "Miss United States" and earning his first film credit.

Over the years, Clyde and Gracie would collaborate and also work solo. Clyde penned other music scores as well as his own soulful brand of pop, and Gracie racked up acting credits on Broadway and television. In 2011, Clyde went to Brown; there, he met the musicians who would fill out Lawrence. Fronted by Clyde and Gracie, the band is backed by a tight keys-and-horns combo that takes its cues from the era of Stax and Motown while also nodding toward modern pop ideals.

Lawrence released their debut album ‘Breakfast' in 2016, and followed it up by opening for kindred spirits like the jazz-inspired combo Lake Street Dive and the pop alchemist Jon Bellion, as well as appearances at North American festivals, including Bonnaroo and Firefly.

In the fall of 2018, the band released ‘Living Room,' featuring Clyde and Gracie plus members Jordan Cohen (saxophones), Jonny Koh (guitar), and indie guru Eli Crews (Colin Stetson, Son Lux). The album highlights the band's chemistry and verve and Gracie's silvery voice, which harmonizes beautifully with her brother Clyde's as they sing of heartbreak and happiness over sprightly, strutting soul.

The band's Living Room World Tour, which began right after the album's release, runs through the end of 2018 and includes headlining shows in North America, as well as support and festival dates across Europe.