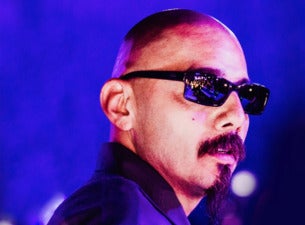 Lil Rob, the California-based rapper, actor and producer, is often considered a pioneer in the rap scene for American-born Mexicans (or Chicanos). Buy a ticket to a Lil Rob show, and what you’ll get is access to a high-energy, invigorating rap concert filled with fans that are as passionate about the lyrics and music as the artist is. Lil Rob’s most recent album, Love & Hate"(released in 2009), peaked at No. 49 on the U.S. Top R&B Albums chart, and his most recent single, “Don’t Wanna Fall in Love,” featuring Eric Bellinger, was released in August 2013.

Lil Rob, nee Roberto Flores, grew up in a Mexican neighborhood near Solana Beach, California. His upbringing as a first-generation American had a huge influence on his musical style and the songs he chose to create. Flores established a place for himself in the West Coast rap scene in the late 1990s, and in 2002, signed to Upstairs Records. Lil Rob’s first commercial success came in 2005 with Twelve Eighteen Pt. 1, an album that included the single, “Summer Nights,” which peaked at No. 36 on the Bilbooard Hot 100 and “Bring Out the Freak in You,” which peaked at No. 20 on the Hot Rap Tracks chart and No. 85 on The Hot 100. Lil Rob’s second-most recent single, “Lemme Come Back,” released in 2008, also charted at No. 37 on the Rhythmic Top 40 chart. Lil Rob’s energizing rap songs continue to captivate rap fans across the West Coast and U.S. at large, and if his newest single is any indication, he still has more great albums, shows and tours to come.