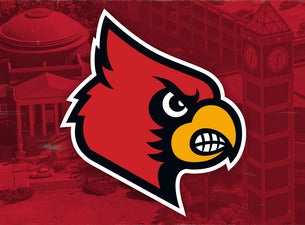 The stadium's name may lack the soaring civic poetry of the Freedom Hall, the Cardinals' home from 1956 to 2010, but the new place more than gets the job done. The KFC Yum! Center seats more than 22,000 fans, making it the third-largest college hoops arena in the country, and things get particularly raucous when the archrival Kentucky Wildcats are in town. The student section is known as The Ville'ns, and they keep the stadium lively. To juice their homecourt advantage, the Cardinals have made a habit of staging "color" events — "whiteouts," "redouts" and "blackouts" — during which fans are encouraged to wear the same color to games.

An excellent college basketball program across all eras, Louisville is notable especially for its continuity. There have been only five non-interim head coaches since 1944, and each of them has been a reliable winner: Bernard "Peck" Hickman (1944-67) went 443-183 during his time in the ‘Ville; John Dromo (1967-71) went 68-23 during his brief run as coach, which ended when a heart attack forced him to retire; Denny Crum (1971-2001) went to six Final Fours, won two national championships and left campus with a shiny 675-295 record; Rick Pitino (2001-17) added another national championship to the pile and two more Final Fours, going 416-143 overall; and current coach Chris Mack put up 20 wins in his first season.

The Crum era in particular is regarded as one of the great coaching tenures in the history of the sport. He was the top assistant to the legendary John Wooden, and in his rookie year in Louisville he took the Cardinals to the Final Four — the first coach to make a Final Four in his first season as a head coach. They called him "Cool Hand Luke" for his demeanor and "Mr. March" for all the deep postseason runs his teams produced over the years. His offenses were famous for their post play — "Never Nervous" Pervis Ellison was the rock of the Cardinals' second national championship team — and his defenses were a frenzy of switches. The style of play was perhaps ill-suited to the era of the three-pointer, but he was still winning games into the mid ‘90s, including a 26-9 season in 1996-97.