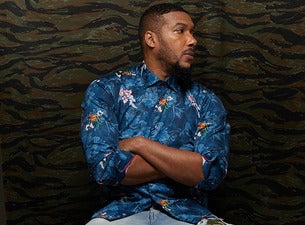 R&B crooner Lyfe Jennings is known for getting personal on his smooth, sultry, and introspective jams, and he's got plenty of life experience to draw from. Jennings served a ten-year prison sentence in his teens for arson, and his troubled background provides the inspiration for his soul-searching lyrics. As he ruminates on his choices and tribulations on tracks like "Must Be Nice" and "Never Never Land", fans at his intimate live shows are left with a private picture of the man behind the honey-toned voice.

Ohio-born Lyfe Jennings, aka Chester Jermaine Jennings, was passionate about music from an early age, performing with his church choir before forming a vocal group called the Dotsons with his brother and cousins. His musical interests were cut short when, at just age 14, he received a ten-year prison sentence for arson. His career was put on hold, but not all was lost -- while in prison Jennings discovered the music of Erykah Badu, whose raw, honest lyrical approach resonated with the personal inventory he was doing behind bars. Upon his release he lost little time, dropping a 2004 debut album titled Lyfe 268-192 -- a nod to his prison ID number. The album went platinum, ushering in a period of tremendous success that saw his next three albums reach the Top 10 on the Billboard 200. With the 2014 release of Ten Years Later -- his sixth studio album -- Jennings commemorates the ten-year anniversary of his release from prison, ensuring that both the album and accompanying tour will be marked by the emotion and honesty he's become known for.