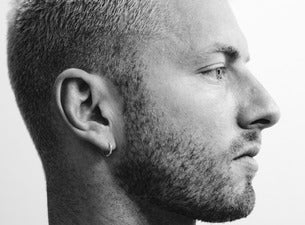 Marc E. Bassy makes it look easy, exuding a style and smoothness that seems to come right out of his core—part of it probably due to his California roots. Born in 1987 in San Francisco, Bassy grew up around music, as his mother rented living quarters from Tracy Chapman ("Give Me One Reason," "Fast Car"); after high school, he went to study music at UC Santa Cruz, dropping out after two years to pursue a career. Bassy then moved to Los Angeles and started 2AM Club, a dance-pop group. After recording demos with Jerry Harrison (Talking Heads, The Modern Lovers), 2AM Club signed to RCA and released ‘What Did You Think Was Going to Happen?,' an impressive debut full of slick, driving beats and soulful club vibes. The album reached No. 4 on Billboard's Top 50 Heatseekers chart and peaked at No. 138 on the U.S. Billboard 200, giving Bassy a springboard from which to move forward. Unfortunately, 2AM Club fizzled out, so Bassy went off on his own, releasing a few mixtapes as a solo artist, including the bedroom R&B-flavored ‘Only the Poets Mixtape, Vol. 1,' which featured the easy-riding "Lock It Up (feat. Kehlani)."

Bassy's major break—if working with Jerry Harrison wasn't already a topper—came with the ‘Groovy People' EP he released in 2016, which featured the blockbuster single "You & Me (feat. G-Eazy)." The chill, reggae-tinted track charted at No. 32 on the U.S. Mainstream Top 40 and went Platinum—a remarkable feat for a mixtape from a solo artist without a full studio album to his name. That would change, though, with 2017's ‘Gossip Columns,' which he recorded for Republic in 2017. It peaked at 166 on the U.S. Billboard 200 chart, cementing Bassy as one of his generation's most exciting—and most talented—prospects. In addition to his own work, the musician has amassed an impressive number of writing and feature credits linked to musicians such as Gucci Mane, CeeLo Green, Sean Kingston, Wiz Khalifa, and Ty Dolla $ign.

Marc E. Bassy is supporting Kyle on Kyle: The Lightspeed Tour, which runs across the U.S. through mid-November.