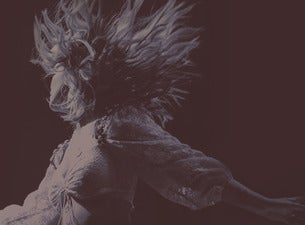 Maren Morris makes it clear that she isn't overly concerned with country music convention — she freely flouts the "rules" all the time. Her onstage image screams out "pop star" more than it evokes a traditional country persona, and her hits like "80s Mercedes," "I Could Use a Love Song," and "The Middle" have as much to do with Morris' pop and rock influences as they do with her lifelong obsession with country music. The electricity she projects onstage transcends genre, though, and so does her audience, making Morris a true crossover artist. Just as she started off her career with a couple of indie releases, she spent her first couple of tours as a supporting act, first on Keith Urban's Ripcord World Tour in 2016 and then Sam Hunt's 15 in a 30 Tour the following year. But after her Grammy, CMA, and ACM award wins in 2017 she emerged as a full-blown star in her own right, and that year she celebrated by embarking on her first-ever headlining road trip, The Hero Tour.

Born in Arlington, Texas, Morris started playing music when she was 12 years old, and by the time she was 15 the precocious country singer/songwriter had her own indie album out. After a couple more records released on her own, Morris was picked up by Columbia Nashville, who released her self-titled debut EP in 2015. The next year, her ‘Hero' album arrived with the force of a hurricane, containing the Platinum-selling "My Church" and the Gold singles "80s Mercedes" and "I Could Use a Love Song," all of which parlayed her pop savvy perfectly into a country context. Not only did the album hit the top spot on the country charts, its surplus of pop hooks made it a No. 5 pop album, too. A 2018 collaboration with producer Zedd and the duo Grey on the single "The Middle" pushed Morris' profile further beyond country, giving her a smash pop single. Along the way, Morris has found success as a songwriter for others, too, contributing compositions to albums by hitmakers like Tim McGraw, Kelly Clarkson, and The Brothers Osborne.

She has had consecutive weeks at #1 on the Billboard Country Airplay chart for Maren's song "The Bones," making it the first solo female back-to-back #1 since 2012 and her fourth #1 single to date. It also marks the first solo female Billboard country #1 since her single "GIRL" topped the chart last summer. In addition, Morris recently appeared on the 50th season of "Sesame Street" in an episode titled "Let's Draw"—watch here.

2019 was a monumental year for the singer songwriter who took home Album of the Year at the 53rd Annual Country Music Association Awards, where she was the most nominated artist. Her record shattering album GIRL continues to receive widespread critical praise—Variety hailed it as "the best as well as most important mainstream country-star album of the year." GIRL was also featured amongst the Best of 2019 by Rolling Stone, Billboard, Esquire, GQ, People, Vice, Paste, Stereogum and Uproxx.

September 11 – Portland, OR – Moda Center – Theater of the Clouds†