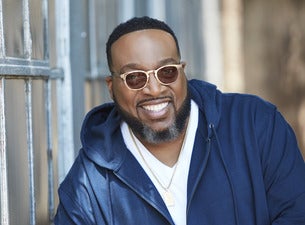 Grammy-nominated Marvin Sapp credits the entirety of his pop culture success to his faith, a power that served as the sole inspiration behind his 2012 participation in the Kings Men tour — not to mention his best-selling 2007 release, Thirsty. After achieving success with this breakthrough album, Sapp proceeded to further spread his faith by pursuing a speaking tour, as well as a live recording of several fan favorites at churches and cathedrals across the country. Sapp’s performances has fans on their feet, swaying side to side to his slow, yet inspirational  lyrics. In 2009, the gospel singer followed up his huge breakthrough album by recording "Here I Am" live at Wyoming, Michigan's Resurrection Life Church. More recently, he's followed a similar concert album route with the release of "I Win," a touching collection recorded at Evangel Cathedral near Washington, D.C.

Although largely unrecognized until his 2007 spiral to fame, Marvin Sapp's musical career hails back to 1991, when he joined gospel group Commissioned as one of the lead vocalists and participated in three major albums as well as an extensive American tour. In 1996, Sapp broke away from Commissioned in hopes of launching a solo career, thus beginning the eleven-year journey that ultimately led to 2007's Thirsty. Since that first major record success, Sapp's achievements have included BET's Best Gospel Artist in 2008 and 2010, plus multiple Grammy nominations in 2013. His late 2013 plans included taking the same faith-based approach to music responsible for his many awards, album accolades and ticket sales, infusing the traditional gospel approach with his distinctive contemporary style.