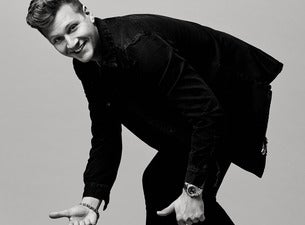 Matoma's Tom Stræte Lagergren was born in 1991 in Åsnes, Norway — hardly a major musical metropolis. But that hasn't stopped the electronic producer from developing one of the worldliest sounds in contemporary EDM: a sleek mixture of tropical house and radio-ready pop, with a considerable amount of hip-hop and dancehall mixed in.

What stands out most in Matoma's music is its melodic dimension — a direct result of the eight years he spent studying classical piano. In his childhood, he listened to rock and classic hip-hop; he began producing electronic music in his teens, having discovered trance artists like Tiësto and Armin van Buuren through his older brother.

Like a lot of fledgling producers, he got his start uploading remixes to SoundCloud; but unlike most, he racked up millions of plays within his first six months of posting. He notched his first major success in 2014 with "Old Thing Back," a slinky club remix of The Notorious B.I.G.'s 2007 song "Want That Old Thing Back" featuring Ja Rule and Ralph Tresvant. After going to No. 1 on Hype Machine, Matoma's breezy, sax-slicked rework ended up getting an official release in 2015.

From there, things really kicked off for Matoma. His list of collaborators quickly swelled to include Popcaan, Wale, Akon, Nico & Vinz, and Sean Paul. In 2016, he remixed Dua Lipa's "Hotter Than Hell" and landed the feel-good single "Wonderful Life (Mi Oh My)" on the soundtrack for The Angry Birds Movie.

Following collaborations with Snoop Dogg, MAGIC!, and The Vamps — including the hugely popular "All Night," a new career milestone — Matoma pushed his sound in even more directions in 2018. He flirted with Latin rhythms on "I Don't Dance (Without You)" featuring Enrique Iglesias, explored delicate acoustic textures on "Losing It Over You" featuring Ayme, and even delivered slow-mo dembow with the Spanish-language "Telepatía" featuring Luis Figueroa.

Through it all, Matoma has kept his signature chilled-out vibe — in keeping with the Lion King reference "Hakuna Matata," which served as the inspiration for his name. The meaning of the phrase? "No worries," of course.