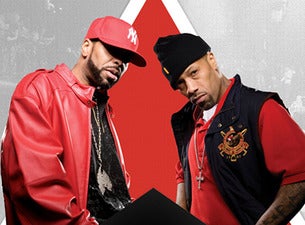 iLive are excited to announce the long-awaited return of legendary hip-hop duo Method Man & Redman on their Blackout Australian Tour. The two prolific rappers, who have also carved out massively successful solo careers, released their first collaborative album Blackout! in 1999 which earned the duo a cult following, and ten years later, followed up with Blackout! 2.

Both albums have become legendary hip-hop classics. The duo, who are known for their hype shows, start their Australian Tour in Adelaide on the 8th September, and travel to Perth, Melbourne, Sydney and Brisbane.