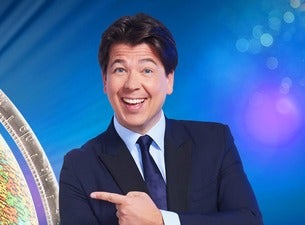 Michael will be performing in arenas across the UK and Ireland as well as revisiting Australia, New Zealand, Singapore, South Africa and Norway and heading to America, Canada, Switzerland, Iceland, Sweden, Malta and the Netherlands for the first time.

In the UK, Michael has performed three arena tours selling over 1.5 million tickets, including a record 28 times at London's 16,000 capacity O2 Arena where he was awarded the keys to the venue along with Prince, Take That and One Direction.

Around the world, Michael has previously sold out arenas in New Zealand, Australia and Dubai and holds the record for the biggest selling comedy shows in South Africa and Norway.