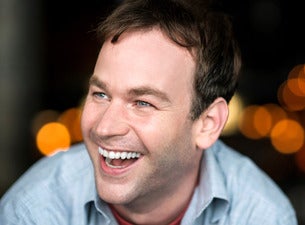 Mike Birbiglia declares that a joke should never end with "I’m joking." In his all-new comedy, Birbiglia tiptoes hilariously through the minefield that is modern-day joke-telling. Join Mike as he learns that the same jokes that elicit laughter have the power to produce tears, rage, and a whole lot of getting yelled at. Ultimately it's a show that asks, “How far should we go for the laugh?”